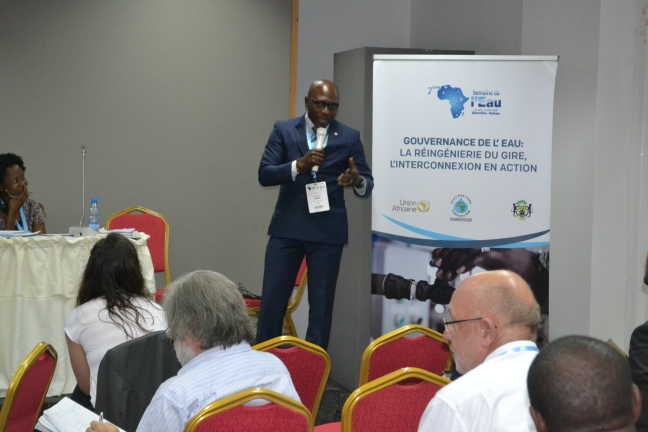 by Isaiah Esipisu at the 7th Africa Water Week, Gabon

More than 10 organisations and groundwater networks from across Africa have resolved to work closely with the African Ministers’ Council on Water (AMCOW) to invigorate a pan-African groundwater programme over the medium-term to demonstrate the benefits of a politically-connected pan-African approach.

This follows the establishment of the Africa Groundwater Commission (AGWC) under the auspices of AMCOW in 2008 as a political instrument to drive the groundwater agenda on the continent, but it failed to deliver its mandate due to political instabilities in some member countries.

However, given the importance of groundwater on the continent, UPGro in collaboration with AMCOW convened a daylong workshop alongside the 2018 Africa Water Week (AWW) in Libreville, Gabon for representatives from different networks, organisations, governments, UN, and the donor community to deliberate on invigoration of a strategic pan-African groundwater initiative.

“The idea of forming a Groundwater Commission was a good one, and the people who did it did a good job,” said Dr Callist Tindimugaya, the Commissioner for Water Resources Planning and Regulation at the Ministry of Water and Environment of Uganda and the UPGro Ambassador in East Africa. However, said Tindimugaya, “people (who formed it) were very ambitious, and they wanted to achieve a lot in a very short time,” he said. 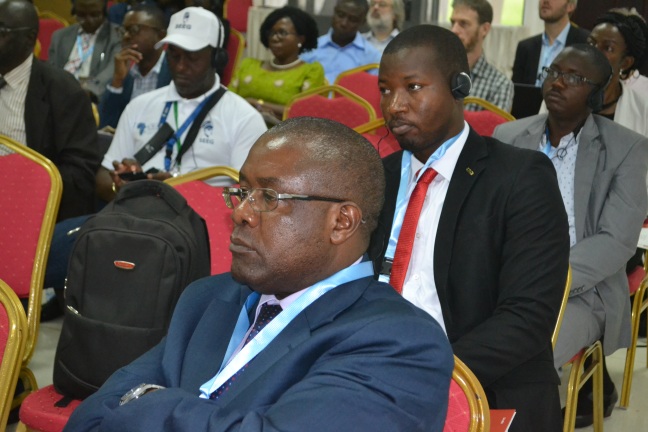 Dr Tindimugaya, from the Ministry of Water & Environment in Uganda, and other delegates, keenly following the Groundwater Thursday event at the AWW

He notes that there are several lessons that can be picked from what has happened in the past 10 years since the formation of the commission. “I think forming a commission without basics in place is synonymous to a baby beginning to run before it learns how to walk, and that is a lesson we must take home,” he said.

The team of experts, policy makers, financiers and the civil society in Libreville recognised that African population largely depend on groundwater, which makes a significant contribution to the security of water supplies for domestic and productive uses across the continent, providing a drinking water source for over 50% of the population and a buffer against climate change. 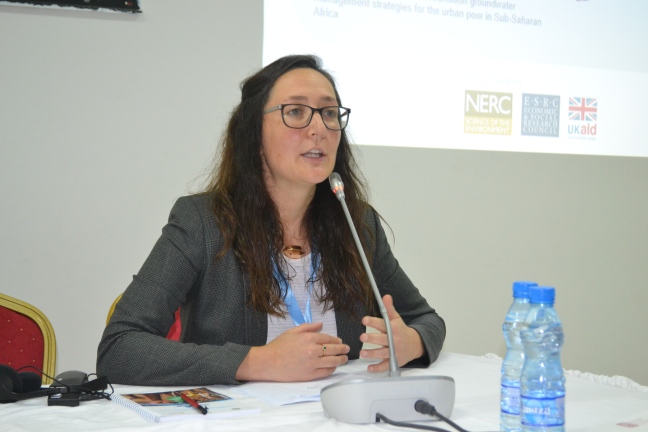 Dr Kirsty Upton, one of the developers of the Africa Groundwater Atlas

“In the West Africa region, most countries (70 to 80%) largely rely on groundwater because they are within the Sahel, and therefore surface water is very scarce,” said Prof Moustapha Diene, a hydrologist at the University of Dakar, and the Manager – Africa Groundwater Network.

However, he said, “There is a huge gap in the management of groundwater resource in the entire region. Some gains have already been made, but there exists gaps especially in terms of saline water intrusion into groundwater aquifers and over-exploitation of the resource in some areas,” said Diene.

If well managed, the team in Libreville observed that groundwater can play a pivotal role in climate change adaptation and mitigation strategies, through use in the agricultural and industrial sectors and as part of improved, resilient and equitable WASH services, to make further and significant contributions to economic growth and poverty reduction.

As a result, the experts felt that the future development of groundwater resources in Africa will depend upon implementation of aquifer characterisation and understanding through research, conjunctive use of water resources and Managed Aquifer Recharge, and most importantly, management of trans-boundary aquifers and trans-boundary cooperation.

They further called for capacity strengthening within the water sector for sustainable groundwater management, groundwater and land-use planning, coastal aquifers management to avoid seawater intrusion and lastly, sharing of the groundwater knowledge.

So far, the British Geological Society in collaboration with UPGro has developed the first ever online based Africa Groundwater Atlas for knowledge sharing and it is a gateway to further information related to groundwater and hydrological understanding for 51 African countries.

The Atlas also consists of a searchable online database that so far catalogues nearly 7000 references for literature about groundwater in Africa. The Archive can be searched by themed keyword; by title and author; or geographically: either by country; or for more than 1500 georeferenced documents, by searching for their specific location on an interactive map. There are thousands of links to free-to-download full text documents and abstracts.

A social and natural science approach to enabling sustainable use of groundwater for the benefit of the poor.